I was kind of lucky - I was introduced to Josef, a travel agent who offers tours in Israel for german speaking clients. A friend of my roommate knew him, and he offered us, to show us around in בית לחם and יריחו. He is a really nice guy (one of the 11% Christians in the Palestinian Territories) and invited us for lunch (Falafel, Meat, Humus and a lot of other dips I didn't know)...
Then we visited the church of the nativity 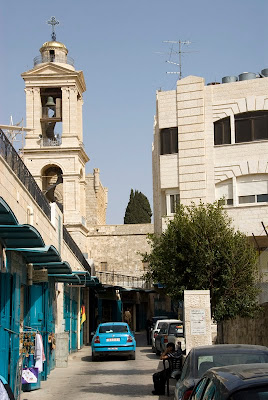 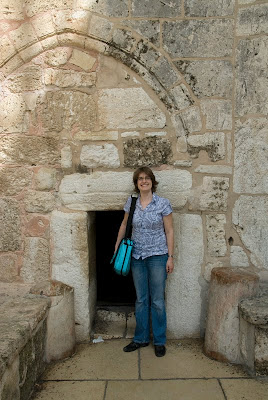 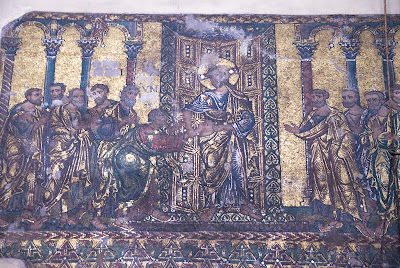 The place was crowded, I heard a lot of english, spanish, italian, german.

If you wonder what these people are doing - there is a silver star on the floor, which should mark THE birth-place, and pple kneel and try to kiss it. 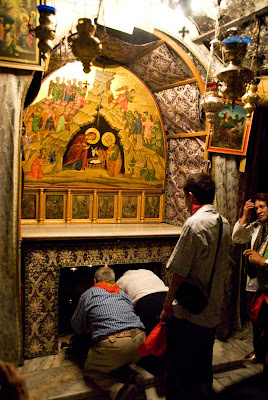 Then we drove to יריחו into the Judean desert - on the way we had a great view over ירושלים. In these parts the driving reminded me of India, the roads are not as good as on the Israeli side of the wall, on road is particullarly dangerous as it is very steep and everybody has to use it - this has improved a lot thanks to USaid and people are grateful about it. I've never heard about this agency, but their projects are a great thing. 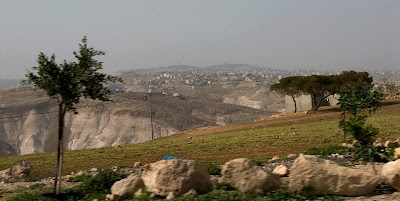 In יריחו we first wanted to get up Mt of Temptation by cable car, but there were a lot of pple, so we went to Khirbat al-Mafjar. This palace from around 700 AD is famous for it's mosaic. 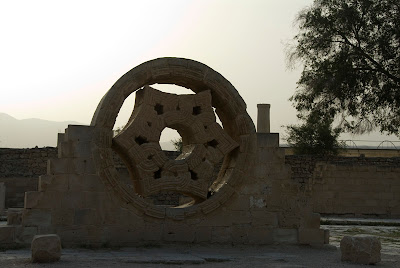 There was a huge ceiling for the whole palace, the floor was covered by mosaics everywhere,... 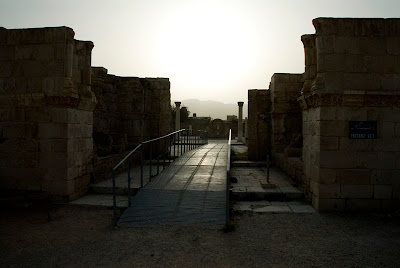 ... it had nude, female statues everywhere, and this beautiful bathing house... 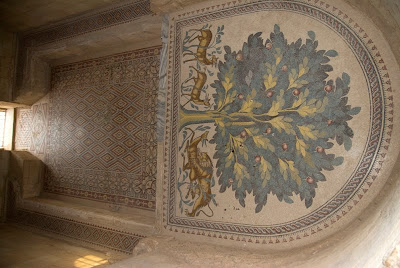 ... which made Hisham's palace famous in those times, and was mentioned in a lot of textes. Despite the fact, that the ruler was muslim he enjoyed objective pictures/statues which was forbidden in Islam. Officially he had 4 wives, but the palace had a lot of rooms and was home to many women.

Josef just tells us, that the whole area here is covered by a mosaic, which is now hidden under the sand to prevent pple froms stealing stones. 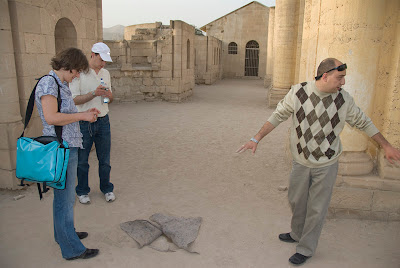 These are the public toilets, beneath the wholes was running water, and steam came out of the holes cleaning everybodys backs. 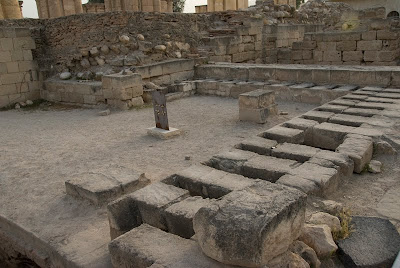 He told us another interesting thing, later I thought that I had already heard about it in greece - how did people in those times make sure that the water they kept in cisterns and other reservoirs stayed clean? They put olive oil in, which floated on the top and prevented mosquitoes and other insects from laying eggs into the water. 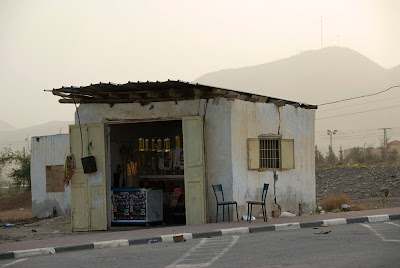 Apparently Jack Black works as Taxi driver in Jericho between jobs - it's a shame I did not see Sister Encarnación. 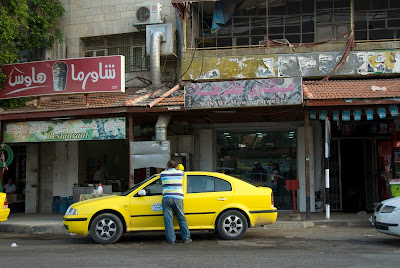 I also saw a lot of nice old cars, some of them tuned - and there was this strange pharmacy in the back (note the name on the sign). 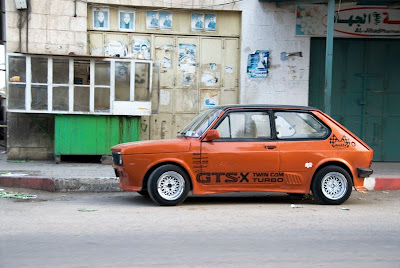 I guess this is one of the most famous walls - it looks small, but it is as high as a 2-3 story house. It was already getting dark, but I could spot one banksy, Josef told me he's seen him at work, when he was here. 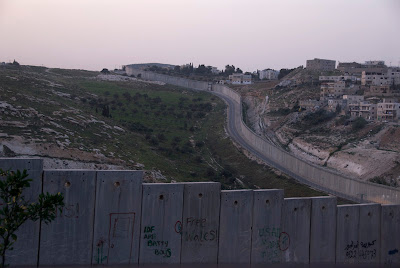 Taking a picture of the sunset after my trips became some kind of habit - this time from the palestinian territory with the sun over בית עניא - you know, maria passed through here on her way to visit elisabeth. This was part of Jerusalem, but was separated by the wall. They are now in a difficult situation, they are on the 'wrong' side of the wall, but they are not under palestinian authority, sitting between chairs. 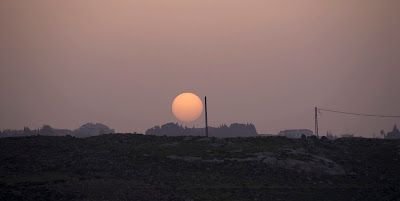 Posted by rubbergumlovinbear at 1:51 PM