So, in my group i have a nice colleague who used to work for the national parks, and she told us about their interesting turtle project and the dangers caused by humans.
The national parks try to make people aware in their tours, where you can actually go to see the little ones hatching and rushing to the sea.
I assure you this is an amazing sight! 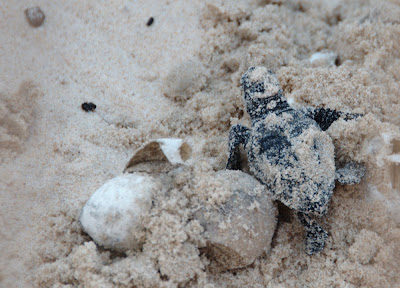 In order to preserve the turtle population rangers and volunteers wander the beaches every morning from april to august looking for "jeep" tracks, that come out of the sea eventually ending where the female dug the nest.
These nests are then opened, the about 80 eggs are put into an incubator in exact the same order (since eggs in the inside will be female turtles, while eggs at the outskirt are male) and brought to a nature reserve, 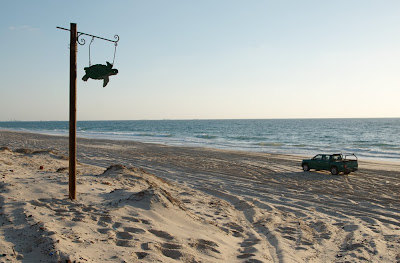 where the eggs are again put into a (man-made) nest, to let the turtles hatch in a save environment.
The nests are surrounded by a fence, since predators like foxes are able to smell the eggs, and would dig them up otherwise. 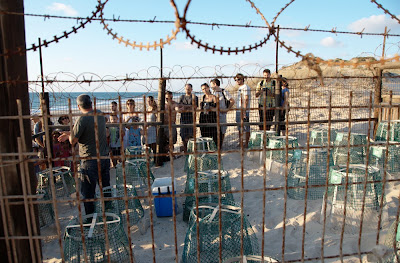 The turtles will come back (8 years later and then every 2 years) to their place of birth to make their nests.
It takes a turtle only 4 min to dig a hole 1m wide and 0.5m deep with their back flippers. The ranger asked us to beat the time in groups. Not so easy. 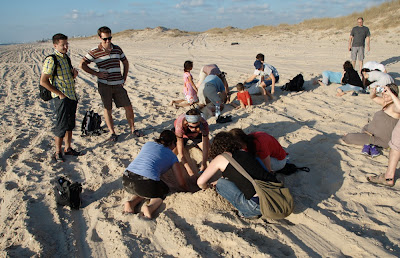 In israel they have there are the "green" and the "brown" sea turtle which got their name for the color of their fat when cooked. If you want to identify them, the easier and far less harmful way would be to count the big "costal" scales on the side of their top-shell. The green has 4, the brown 5 scales. 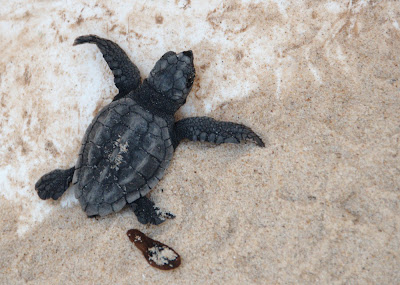 Two months after the nests are laid, the little turtles hatch. This can be easily seen, as the day before, the sand on top of the nest starts to sink in a bit, and the day after a pattern of all the little flippers can be seen on top of the sand.

The turtles come out at night and find their way by the moonlight.
But not all the hatchlings make it out of the sand.
So in our tour, the rangers carefully opened the nest, where the knew the turtles hatched the night before. There were four nests in question, three were empty... 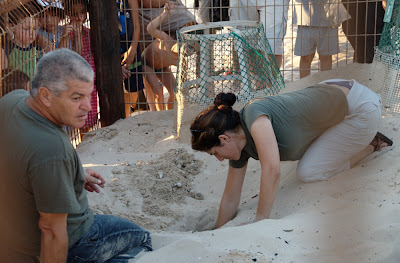 ... but in the last one, there were fifteen little baby turtles. 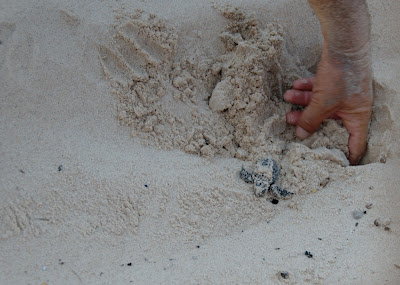 Little one crawling around, leaving the distinct turtle trail. 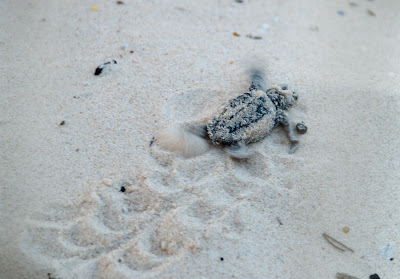 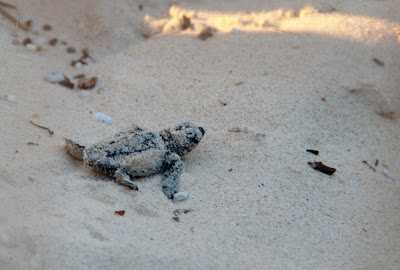 The eggs are about the size of a ping pong ball,... 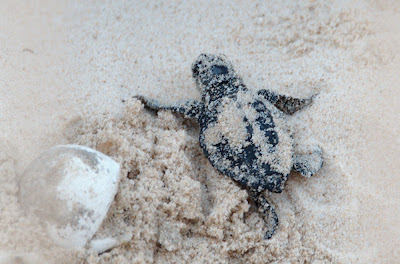 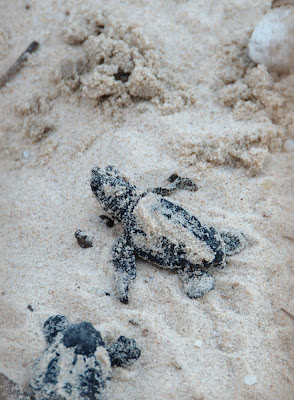 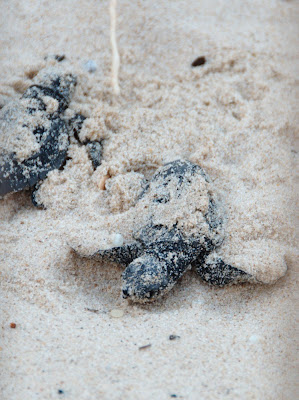 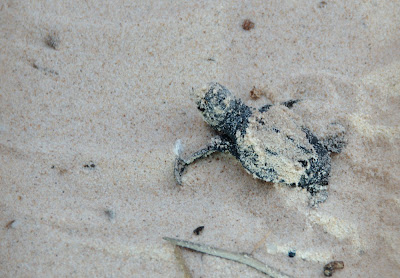 ... the turtles are not much bigger. 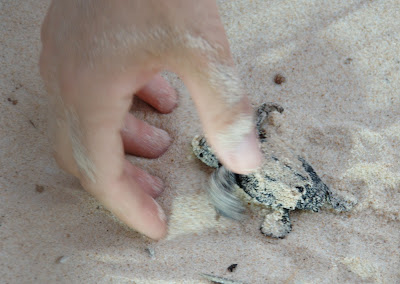 The moment of truth!

The turtles are released to find their own way into the sea. Although this is a nature reserve you can still see jeep trails left by the rangers (and some morons who just don't care). 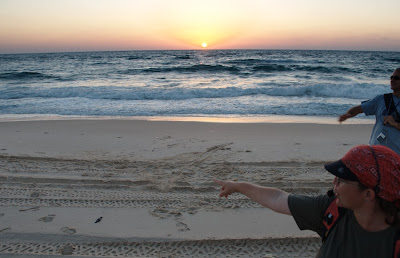 These trails are huge trenches if you ask the little ones. 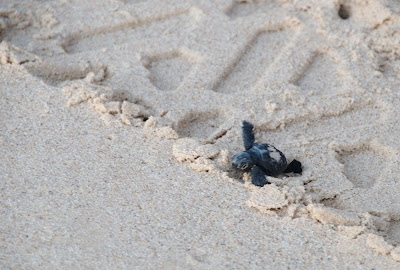 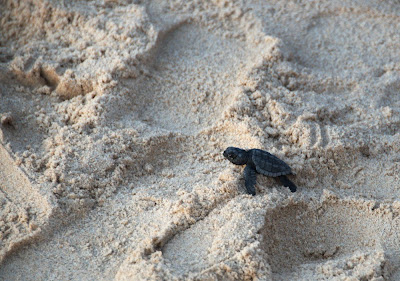 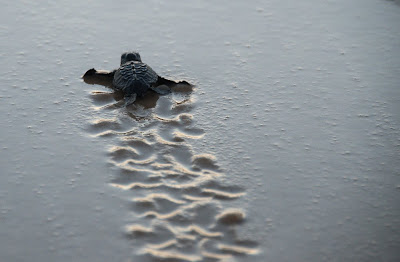 I also have some video footage - some very short clips, i'll try to make a proper little movie out of it and hopefully post it soon.
Posted by rubbergumlovinbear at 4:01 PM