Rollin' on the Highway

Rise and Shine - 6am departure for the bike ride... Why so early on weekend? (People here work a lot and...) as almost everywhere: there is lots of traffic on highways, and those drivers here are aggressive and frankly, quite mad.
Early in the morning you may find some empty roads and enjoy the beauty of the landscape - it's all green around here. And in the late morning it became warm enough (23ºC by now), which is a lot warmer in direct sunlight down here. 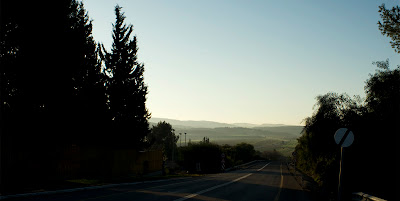 Daniel & Lea showed me a nice route (~63 km), "to get used to the highways" - and I had fun, despite my pulled thigh muscles. The hills are not very high, but on some roads you have a nice slope for quite long distances - so when I'm fit again, I expect to gain a lot of speed :D

Looking back from point C. 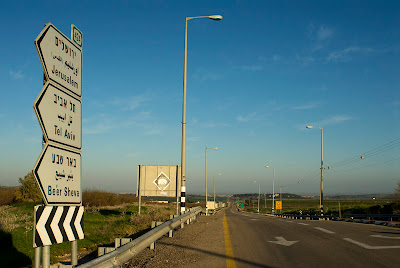 The next Highway in the back - which was busier than it looked... 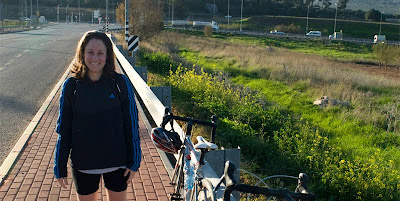 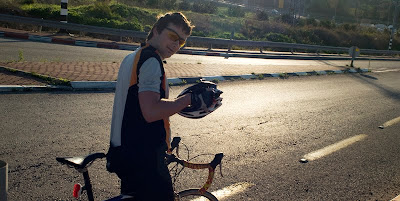 Posted by rubbergumlovinbear at 2:30 PM