This saturday we went to 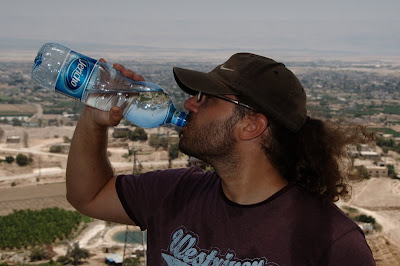 Well it wasn't our first stop, but it was a nice one - an austrian cable car brought us up to a very tempting spot. Jesus was tried by the devil twice.
If you look closely you see the monastery built like a beehive into the wall. 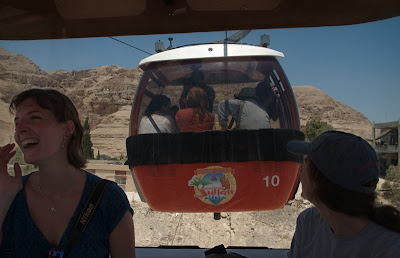 You did not see it? I hear you, here is a closeup. 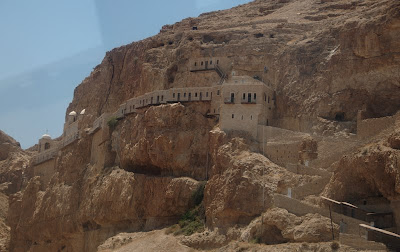 If i remember correctly these are the 3 icons that were saved after the destruction of the St. George Monastery when the Crusaders were kicked out of the holy land. 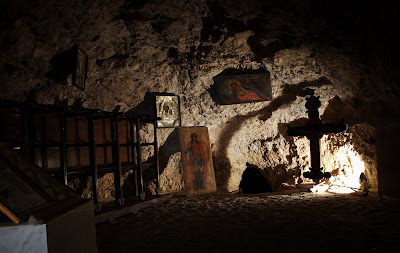 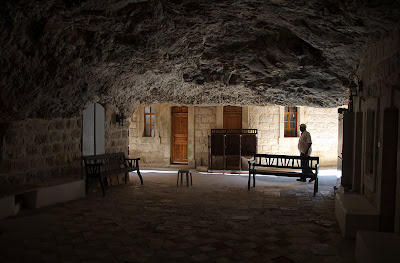 At the far end there is a little church built around the very stone, where Jesus was tempted. The monk allowed us a picture for private remembrance. So i won't post it here - also it was just not as interesting as this icon which apparently shows the baptism. 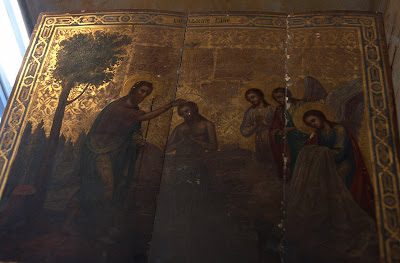 Well it was tempting to take a couple of more pics, which i did, but i won't be tempted to blog them. ha!

Back in the city. 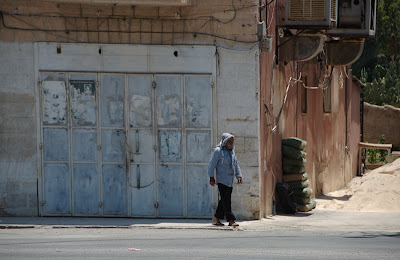 The St. George Monastery in a nice wadi. Along the walls channels lead all the way to Jericho.
Can you see the caves around the Monastery? Some monks use to spend 5days a week as hermits in those caves 'laura' eating only bread. On weekends they join the other monks for propper food - no meat. Apparently less and less monks are interested in this kind of lifestyle. As they are greek orthodox i guess, that they have troubles finding enough pple for their meteora monasteries. 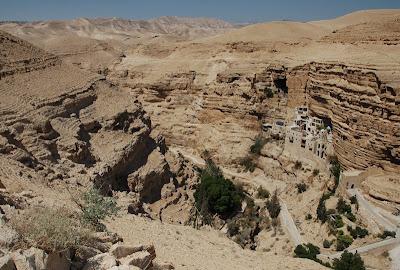 Do you find that closeup in the photograph above? 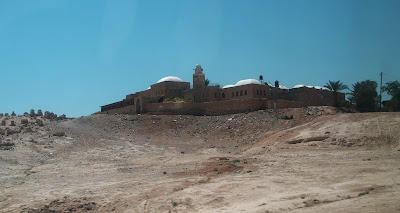 Another nice place, which i've already visited a year earlier. 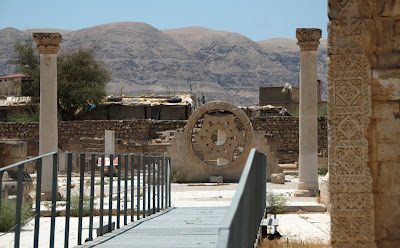 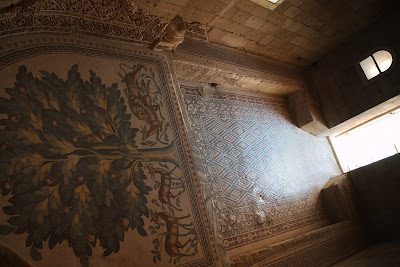 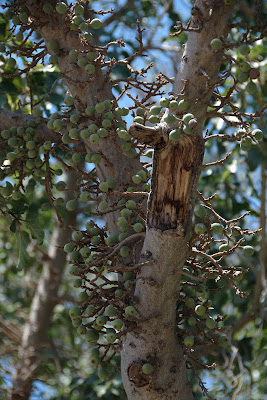 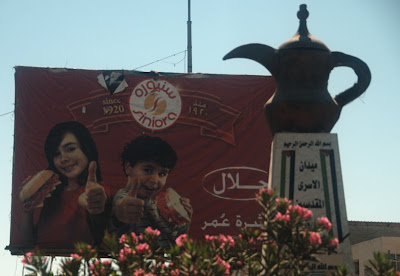 Posted by rubbergumlovinbear at 8:22 PM