We did a long hike in the Tze'elim Canyon just a few km north of masada.
We started quite late - at 930 (instead of 730) and naturally it took us way too long.

So the hike goes up on the right... 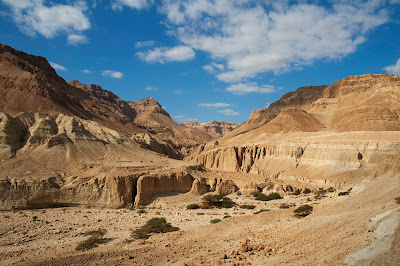 ... we met a nice 70year old guy from Garmisch who was already climbing down. Up through the roof-top window and we were on the flat above sea level. 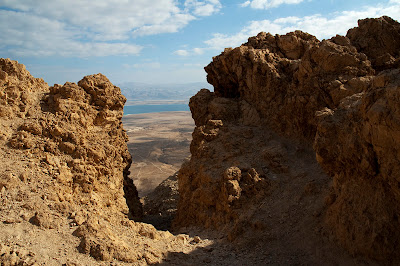 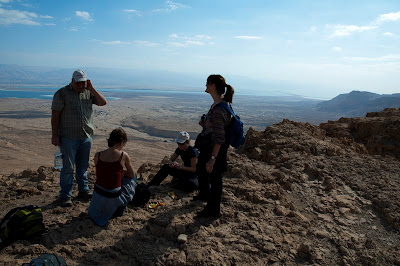 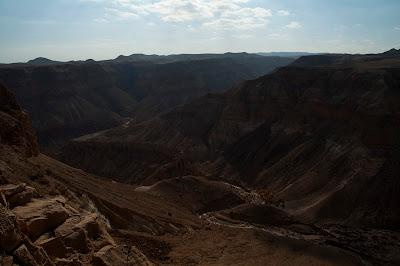 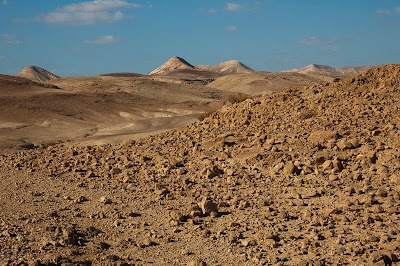 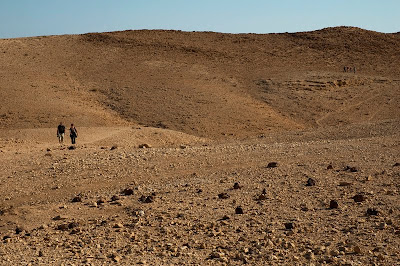 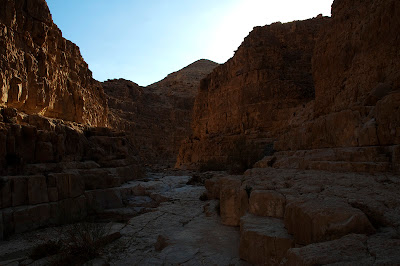 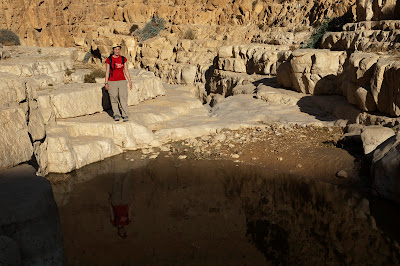 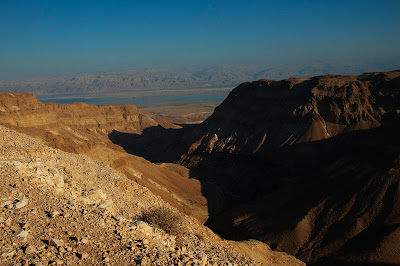 It got dark - we only had one flashlight, and we still had to go down. We took a break to enjoy the second total lunar eclipse this year. Unfortunately my tripod was in the car...
We made it to the car about 2h later - in the dark with only one flashlight and the dark moon - which got brighter with time. We found the way down into the canyon - but without the help of an Israeli waiting at the parking lot with a flashlight finding the car would have been a bit more difficult. Anyway it was fun and small adventure. 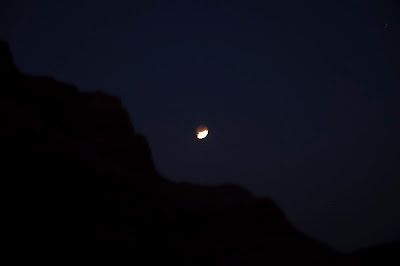 Posted by rubbergumlovinbear at 7:41 PM